Rinri Therapeutics is assembling an exceptional team, with experience from all sectors of biotech and pharma industries. The Board, Management Team and Scientific Founder will be responsible for taking all aspects of this ground-breaking research to the clinic.

Nick is an experienced life sciences executive with significant business and corporate development achievements. He has over 35 years in the life sciences industry with extensive knowledge of UK and US markets in both private and public sectors. With a special interest in advanced therapies he has worked actively in the field of cell and gene therapies for many years.

Nick is a Director of Lizard BioConsulting, an independent consultancy specialising in business development for life science companies, which he founded in 2013. He is also Deputy Chairman of the Cell & Gene Therapy Catapult and Chairman of Avvinity Therapeutics, a private company focused on immuno-oncology. 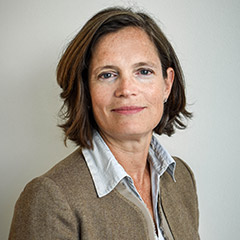 Erica is Head of UCB Ventures, a strategic corporate venture fund. She also serves on the Boards of StrideBio (Durham, North Carolina) and Ally Therapeutics (Cambridge, Massachusetts). She joined UCB in 2010 as VP Strategy & Partnering, New Medicines (discovery to clinical proof of concept), developing and leading the UCB-Harvard Research Alliance. In 2012, she joined the internal strategy team shaping UCB’s current Patient Value Strategy. As Head of Market Access EMEA 2013-2017, Erica was instrumental in developing regional patient access and pricing strategies and was Chair of the Healthcare Systems Working Group of the European Federation of Pharmaceutical Industries Association (EFPIA). Prior to UCB, Erica spent 10 years as a top-ranked biotechnology equity analyst for Merrill Lynch in London, where she conducted analyses for publicly listed European biotechnology and mid-cap pharmaceutical companies. Erica attended Brown University (Rhode Island, USA) receiving BA degrees in Biology and Comparative Literature. She moved to the UK on a Marshall Scholarship obtaining a Ph.D. in Molecular Biology from the University of Edinburgh and an MBA from Heriot-Watt University Business School in Edinburgh. 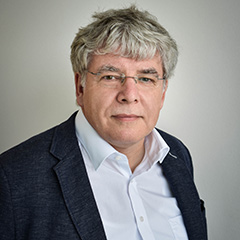 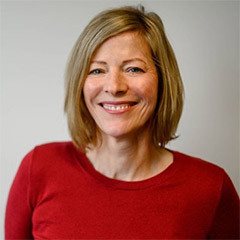 Claire currently leads BioCity’s investment activity making seed-stage investments into early life Science and healthcare companies. The company make off-balance-sheet investments as well as management of a dedicated life science seed fund, Alderley Park Ventures Ltd. Since joining in 2015 Claire has led the majority of the investments in the Company’s broad portfolio spanning therapeutic platforms to medical devices and industrial Biotech and currently serves on the boards of a number of portfolio companies, including Fast BioPharma, Metalinear, Kinomica, and Rinri Therapeutics Ltd. Prior to joining BioCity, Claire held senior R&D leadership and strategic business development roles in global biopharmaceutical companies, in the USA and UK (UCB, Genzyme and AstraZeneca) latterly working alongside AstraZeneca corporate VC group MedIVentures. Claire received her BSc. (Hons.) and Ph.D. from Glasgow University and holds an MBA and is certified in investment management. 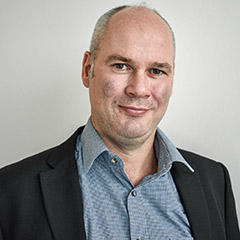 Ross joined Sheffield University Enterprise Ltd. (SUEL) in 2003 having started his career in both local and national chartered accountancy practices, where he gained extensive knowledge in all areas of accountancy, taxation, and audit. A Fellow of the Association of Chartered Certified Accountants with a degree in Accounting and Business, Ross specialises in the provision of management accounting services, strategic and business planning, financial forecasting and statutory accounts preparation for SME companies. During his time at SUEL Ross has been involved in a variety of fundraising transactions for private limited companies. He also provides corporate governance guidance whilst holding the position of a company secretary to a number of companies spun out from the University of Sheffield. 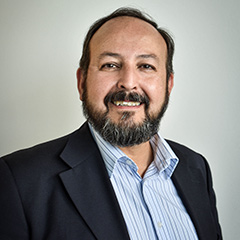 Marcelo is a globally recognised thought leader in the area of sensory stem cells authoring over 40 papers in the field, including publishing in Nature. The Rivolta laboratory is dedicated to studying the biology and behaviour of auditory stem cells and to explore their potential to regenerate the damaged inner ear. His academic group has made key advances in developing stem cell technologies into a potentially viable therapy establishing that pluripotent stem cell-derived progenitors can repair the damaged cochlea. His program of research has been supported by the MRC, the UK Regenerative Medicine Platform, the EU, the Wellcome Trust, charities like Action on Hearing Loss and he has led several UK and international collaborations with industry and academia. Marcelo qualified in Medicine and Surgery in 1989 at the National University of Cordoba in Argentina and did his Ph.D. work at the National Institute on Deafness and other Communication Disorders in Maryland, USA. He joined the University of Sheffield in 2001 and since 2013 has been Professor of Sensory Stem Cell Biology.

Natalie is currently the CEO of Adaptate Biotherapeutics Ltd. focused on developing therapeutic antibodies to drug targets to modulate the activity of gamma delta T cells. Previously, Natalie was Chief Scientific Officer of GammaDelta Therapeutics Ltd. which targeted gamma delta T-cell therapies for use in immunotherapy and was one of the founding team at the Cell and Gene Therapy Catapult serving as its Chief Clinical Officer advising academics and small companies developing advanced therapies. Natalie’s prior experience also includes 16 years at Pfizer, leading development activities across various therapeutic areas, including cell-based therapies in the Regenerative Medicine Unit. Natalie has a first-class degree in Natural Sciences from the University of Cambridge and a Ph.D. from University College, London.

Simon has deep sector knowledge and in-depth experience of the biotech sector and a strong understanding of the advanced therapeutics landscape having spent most of his career within the blue-chip companies in the biotechnology and pharmaceutical industries. Simon joins Rinri Therapeutics from IP Group plc. the specialist early-stage technology venture capital firm where he worked to identify transformative, world-leading investment opportunities from partner University IP portfolios and to then work in tandem with founder teams to build exciting early-stage spin-out technology companies. This included broad exposure to the life science market across AI-diagnostics, medical devices, oesteogenesis, synthetic biology and anti-virals. He was attracted to Rinri by the high calibre nature of the research findings with early but compelling preclinical data showing dramatic restoration of hearing in ontological disease models that clearly demonstrated the potential for the technology to make a real-world impact on patients and healthcare systems. This all made Rinri an exciting prospect to build a pioneering early-stage biotechnology company. Simon received his BSc. (Hons.) from Leeds University and holds a Ph.D. in Molecular Biology and Biochemistry from the University of York and holds CIM qualifications.

Marcelo is a globally recognised thought leader in the area of sensory stem cells authoring over 40 papers in the field, including publishing in Nature. The Rivolta laboratory is dedicated to studying the biology and behaviour of auditory stem cells and to explore their potential to regenerate the damaged inner ear. His academic group has made key advances in developing stem cell technologies into a potentially viable therapy establishing that pluripotent stem cell-derived progenitors can repair the damaged cochlea. His program of research has been supported by the MRC, the UK Regenerative Medicine Platform, the EU, the Wellcome Trust, charities like Action on Hearing Loss and he has led several UK and international collaborations with industry and academia. Marcelo qualified in Medicine and Surgery in 1989 at the National University of Cordoba in Argentina and did his Ph.D. work at the National Institute on Deafness and other Communication Disorders in Maryland, USA. He joined the University of Sheffield in 2001 and since 2013 has been Professor of Sensory Stem Cell Biology.

Terri has over 20 years of life sciences R&D experience in both academic and industry roles with a focus on the development and translation of cell- and gene-based therapies. Terri joins from the Cell and Gene Therapy Catapult where she has worked for over seven years on the translation of a broad range of candidate therapies, including stem cell derived, alongside underpinning technologies and infrastructure. Her role at CGTC Catapult also included advising academics and small companies on the development of advanced therapies. Prior to this, Terri held senior roles in industry focussed on the development of processes for the expansion and differentiation of pluripotent stem cells for therapeutic use and drug discovery. Terri received her BSc. (Hons) in Biochemistry from the University of Dundee and holds a PhD in Cell and Molecular Biology from the University of Edinburgh.

Faizah is a clinically qualified audiologist who has previously provided hearing care to patients within both NHS and private settings. Subsequent completion of an MSc in Cognitive Neuroscience facilitated her transition from a clinician into a researcher and prepared her with the skills required to study for a doctorate (PhD) in translational hearing research. Faizah’s interests are embedded in research that addresses clinical needs, as demonstrated by her research, which aims to develop an objective clinical measure of paediatric cochlear implant outcome where in a national multi-centre study involving cochlear implant recipients. At Rinri, Faizah is focussing on working with our clinical partners to refine our clinical strategy including the development of objective measures and surgical approach.

Professor of Otology at Nottingham University and a consultant ENT surgeon at Nottingham University Hospital’s NHS Trust – Queen’s Medical Centre. Qualified with distinction from Newcastle Medical School and was awarded a DPhil from Oxford University in the field of hearing research. Doug worked as a clinical lecturer at Oxford University, and was the first recipient of a Wellcome Trust Clinician Scientist Fellowship in Otolaryngology. He also spent time as a Surgical Fellow at the Sydney Cochlear Implant Centre, after becoming a Fellow of the Royal College of Surgeons, and completed his higher surgical training at the John Radcliffe Hospital in Oxford.

Doug specialises in Otology, including cochlear implantation. His research team at the NIHR Nottingham Hearing Biomedical Research Centre is interested in developing novel objective measures of hearing loss and communication impairments. He works in collaboration with the Nottingham Auditory Implant Program and serves on grant review panels for Action on Hearing loss and the NIHR.

Professor Jiang is a Professor of Otology and Auditory Implantation Surgery and a Consultant ENT and skull base surgeon. He has private practices at London Bridge Hospital, HCA UK at The Shard, The Harley Street Clinic, The Portland Hospital, The London Clinic and Westminster Bridge Consulting Rooms along with NHS bases at Guy’s and St Thomas’ Hospital, Evelina London Children Hospital and King’s College Hospital. Dan has vast experience in all fields of adult and paediatric ENT, his clinical interests include ear surgery, hearing implants, deafness, dizziness and management of lateral skull base tumours. Dan was trained in Otolaryngology, Head and Neck Surgery at Guy’s and St. Thomas’ Hospital, King’s College Hospital and The National Hospital for Neurology and Neurosurgery (Queen Square) and completed a prestigious fellowship in Skull Base Surgery and Advanced Neuro-Otology at Addenbrooke’s Hospital, Cambridge. Dan pioneered hearing preservation techniques in cochlear implant surgery and was awarded a PhD following his research into auditory physiology and pathology. He remains involved in research in the field of auditory implants and regeneration of damaged inner ear structures at King’s College London. Dan is a board member of European Academy of Otology and Neurotology and a Trustee of British Cochlear Implant Group, he was ex Honorary Secretary and Vice President of Otology Section of the Royal Society of Medicine.

He is a Council Member of the British Association of Otolaryngologists and President-Elect of the Section of Otology, The Royal Society of Medicine, London. He has held a Hunterian Professorship at the Royal College of Surgeons of England and is founder member of the European Academy of Otology and Neurotology. He has delivered the Joseph Toynbee Memorial Lecture of the Royal Society of Medicine and was awarded an Honorary Professorship by the European Society of Paediatric Cochlear Implantation for outstanding contributions to the field. 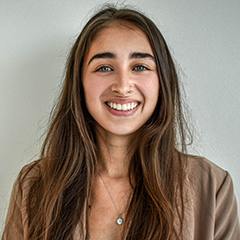 Danielle has provided administration and accounting support to Rinri since the company’s formation. Having successfully completed her level 2 AAT (Association of Accounting Technicians), Danielle is currently studying for her level 3 AAT, whilst also developing her knowledge across all disciplines of accountancy in her principle role at SUEL Limited, where she looks after a portfolio of companies on behalf of the University of Sheffield.